The Climate is changing and our planet is on the receiving end of the after effects. Climate

change, even though natural is greatly influenced by humans and speculations suggest that humans are the sole cause of this climate change because human activities like air pollution have released large amount of carbon dioxide in form of fossil fuels into the atmosphere.

Climate change poses a severe threat to humans, plants, animals and the environment included. As a result of Climate change, water levels are rising and resulting into erosion and flood that render humans and animals homeless. It is also the cause of longer and more intense droughts.

The solutions to these climate changes lie in our hands. Nations around the world are contributing their quota to ensure that the climate change does not destroy our planet. One way to start would be by reducing greenhouse gas emissions. By using less carbon dioxide, we can curtail our contribution to climate change.

In order to keep the conversation going, Gundem’s Jemimah Atii spoke with students of Eastern Mediterranean University about the issue and what we can do in
our own little way to join forces to ensure that we help to reduce the effects of climate change in our environment.

In an interview with eight EMU students, they were asked how they can help save the planet in their little way and four students mentioned recycling and proper waste disposal as a fundamental way to curb climate change, two other students both said that it can be curbed by not burning oil, 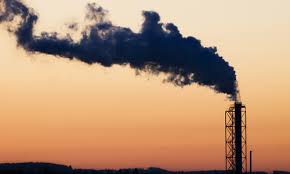 coal or gases. The last two students stated that deforestation was also a cause of climate change and they are strongly against tree felling. So on the flip side, tree planting should be encouraged.

Everyone can help to reduce the demand for fossil fuels. Don’t say its too late, late is better than never. Become a part of the solution. Reduce, reuse, recycle, use less heat and air conditioning, drive less and drive smart, buy energy-efficient product, use less hot water, plant a tree and most importantly, encourage others to conserve and keep the conversations going.

INTER–AFRICAN DEBATE IN EMU: IS AFRICA THE CAUSE OF ITS UNDERDEVELOPMENT?