Eastern Mediterranean University International Office held the annual Student Societies election on Friday, the 4th of November and on Thursday 10th November 2016 in the EMU Campus.

With the coordination of the Staff and Research Assistants of the International Office, a free and fair election was ensured and a total of 23 candidates emerged as the new student leaders who will handle the affairs and welfare of the various students’ societies on Campus for a period of one year.

In a phone interview with Gündem’s Jemima Atii, five out of the newly elected international student leaders shared their goals and intents for the one year period of their administration.

Speaking about his intentions towards promoting the Russian Society, the new President of the society, Sergey Grishechkin said “I am probably one of the only Presidents’ who has very little support from his predecessors. The Russian Society pretty much didn’t exist and many students doubt that the association can be reborn from the state it currently is, however, I am there to prove them wrong. I have people who I can count on to help me re-build the association. We will work step by step and will begin by organising simple and small activities. I have good relations with the Presidents of many other associations and I would be glad to welcome other members of the Russian Federation to the society”.

When questioned about his intents for his society and its people, the new President of the Syrian students’ society, Ammar Haj Hassan, in his own words stated, “My team and I have a plan we are going to work on, we will increase the number of trips both educational and recreational for the members of the society, we would also incorporate football and basketball tournaments as part of our activities for the semester. We would communicate with other institutions outside the Eastern Mediterranean University for Language Courses like Turkish, German etc. We would also help students solve any problems they encounter with the university”.

Just like his fellow society presidents, the Cameroonian Students’ Society’s president Achiri Emmanuel has intentions to promote the interests of Cameroonians in EMU. He said “First of all, we would like to unite the Cameroonians. Cameroonian Students are diverse in their interests, they do not only come to study, they also intend to build up the skills they have. We would like to help them create international connections so they can have a platform to foster the natural talents they have. We also have a goal to create a political awareness amongst the Cameroonians and general student body through debates and workshops”.

Toghrul Abbasov, the newly elected President for Azerbaijani Society said, “We have already started to work on Exchange Plans, our exchange plans include cultural activities in order to promote Azerbaijani culture, and we intend to increase our society members especially the female category, because of this, we would organize special trainings for them. We would also corporate with other societies like Kazakhstan, Turkmenistan, Kyrgyzstan, Iran etc. We want to be united with them in EMU despite the fact that we are internationally diverse and from different backgrounds. In this tenure, everyone who observes will notice it.

With the promising speech made by each president, we are hopeful that more would be achieved in this tenure to provide a conducive and fun learning atmosphere. We welcome them to office and wish them a good service year. 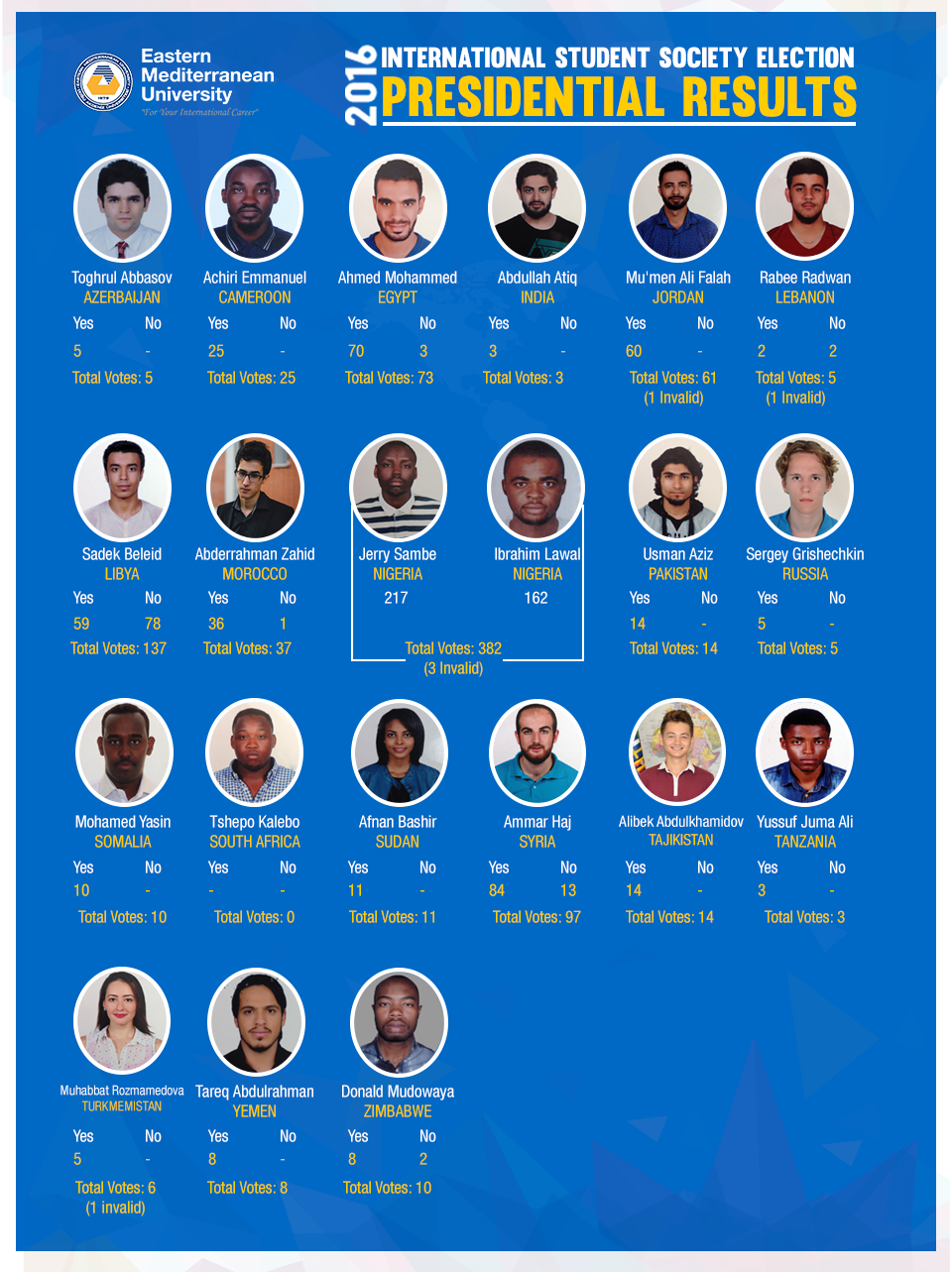 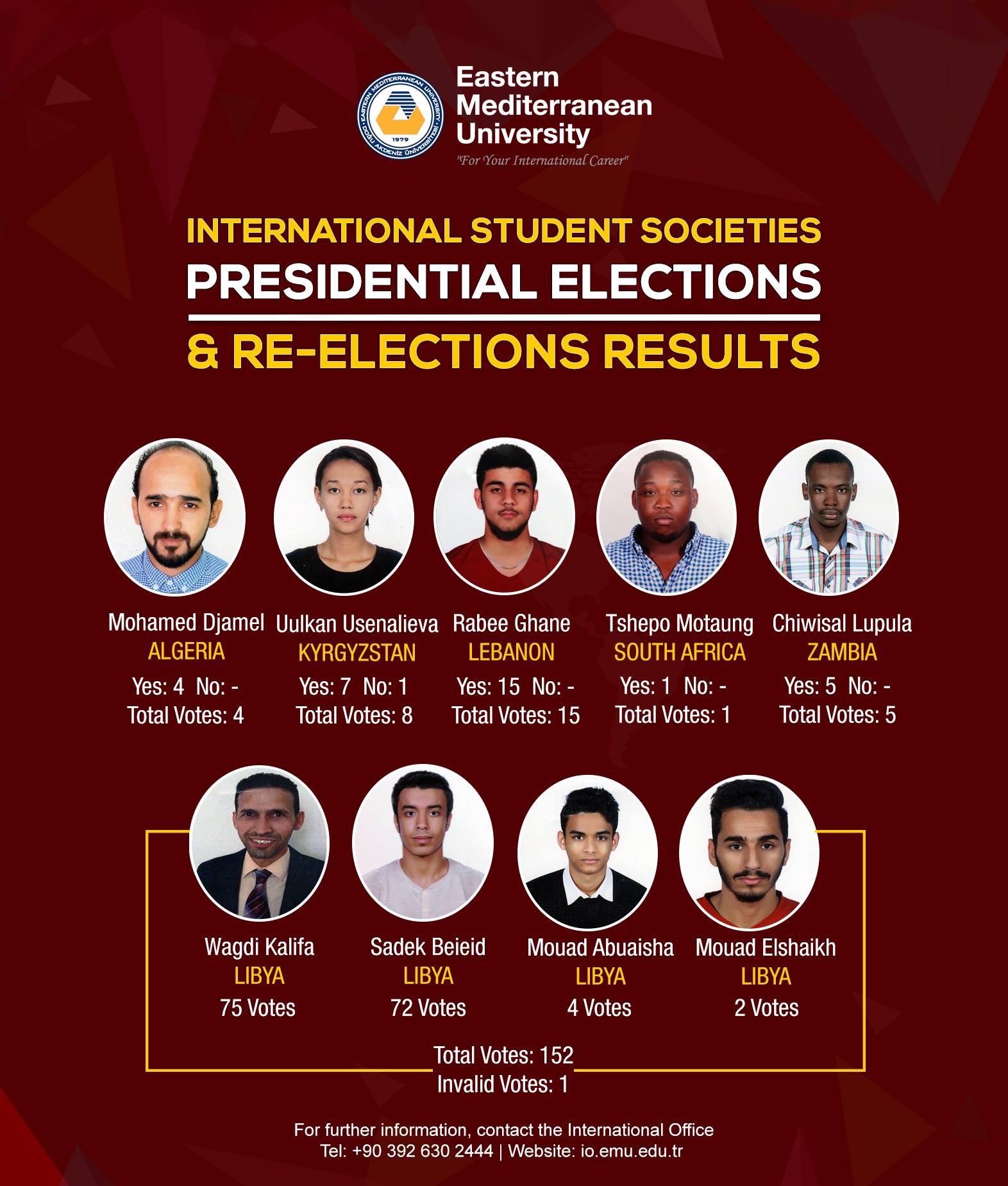