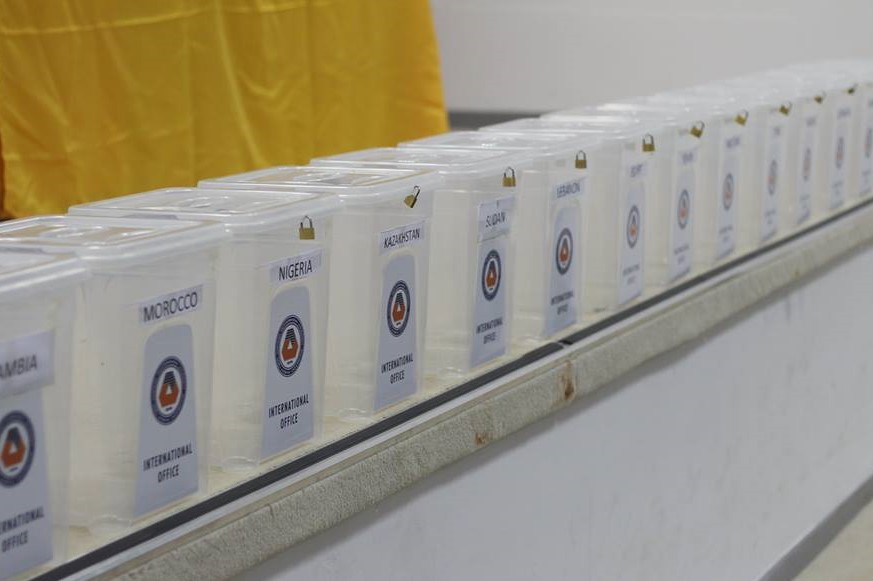 Friday, October 19, 2018 marks an important day in the history of Eastern Mediterranean University, as international students went to the poll to elect new representatives amidst varied expectations. The day witnessed a large turnout of students from different nationalities trooping to the Lala Mustafa Sports Complex to cast their votes between early hours of the morning and sunset. Why is this day considered as important to the students and entire university community?

In an exclusive with EMU Gundem English Newspaper, Mr. Ahmed Kasim Abdillahi, the International Affairs and Promotion Executive Officer, explained the relevance of having students’ societies and why the election-day holds equal magnitude. According to Ahmed Kasim, EMU accommodates students from over one hundred countries around the world, which is one among many features that singles the university out from the crowd for the crown. Thus, the need to provide an enabling environment not only for academic, but socio-cultural interactions among these nationalities where everyone feels at home, have a sense of belonging and recognition is present. Amidst these students who come from different backgrounds, there is also the need for cultural integration and promotion. “As one of the efforts towards bridging the gap between students and the university administration, we encourage our students to participate in different societies and to choose the best among them who govern and represent them. Through this, they learn good leadership skills and contribute to the community socially, politically and economically.”

However, Mr. Kasim expressed further, the role of students’ representatives in the image building and projection of the university. Their existence serves a great deal in mediating between the university’s internal and external publics, including their home countries, especially at times of crisis such as diplomatic, civil cases, etc. Besides, students’ societies contribute in supporting students who have additional needs through counseling and tutorials, considering the individual differences that exist among students particularly in their intellectual abilities. All these put together, differentiates EMU as a community from others of its kind, thereby making students adapt to the environment easily.

In addition, students who were at the polling center echoed their voices with series of expectations, while stressing what the election-day signifies in their life at EMU. Christiana Chilowa, a Zimbabwean studying Tourism and Hospitality Management opined that, “today is an important day because whoever is going to be chosen to be the President of whichever society, represents and holds the reputation of each country as a whole. So, whoever we vote for will really have a lot on their plates.” Again, “I expect them to engage more with the students.” On his part, Mohammed Yaseer, a Mechanical Engineering student from Pakistan said “it is an important day because there should be a representative for every country. I expect some positive changes ahead.”

A Moroccan student from the Psychology Department who pleaded anonymity noted that “it is very important for me because I get to decide how my school year would be here. It is also an opportunity from the university for us to have a say and improve our situation here in order to make a change in the environment. I believe it is very important to all. I expect the new representatives to help freshmen and improve the relationship among international students to work together and make us feel at home.” According to Umar Abdallah, a Nigerian studying Business Administration, “I am far away from my family and this society is the small family I have here. Since every vote counts, I expect better efforts to improve unity in the society so that we can communicate with each other better.”

Indeed, Friday, October 19, 2018 could be said to be a new dawn, as over 950 international students who voted made new choices with hopes for further collaboration and unity among the various nationalities in the university community. This, however, signals to the incoming representatives that they have a large amount of responsibilities awaiting them. After all, this is what they were voted in for and we wish them good luck for what we know will be a prosperous year ahead.