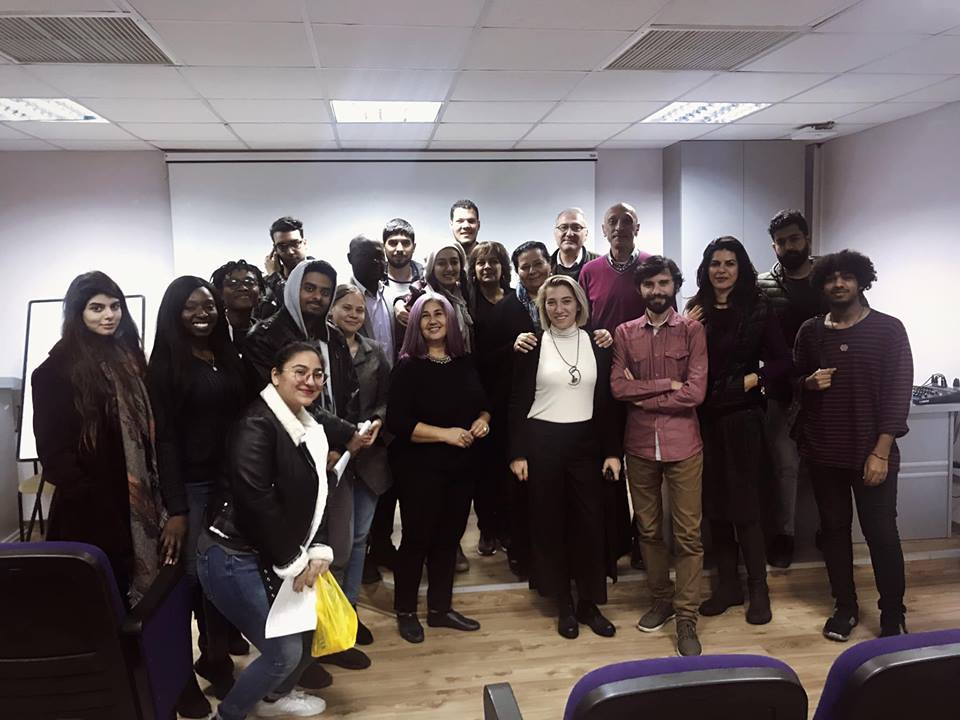 Hosted by the Digital Media and Film Department was the First one-day Character Development in Drama Workshop, held at the faculty’s Purple Hall on the 27th of December 2018 and lasted from 10am until 5:30pm with an audience of staff and student eager to learn and improve in their character development in drama knowledge. Most significant in attendance was the guest speaker for workshop, Turan Ali, a BBC Producer, Director and Writer.

The speaker started by thanking everyone who were in attendance and expressed how happy he was to be in their midst. He then gave a short history about himself and how he started filming and working for BBC radio and films.

With so much passion, Mr. Turan shared his fountain of knowledge with the attentive audience. Especially known for his producing and directing of BBC UK as well as BBC World Service radio and TV shows of many genres for over 20 years, Turan has also worked as a senior producer, executive producer, and independent producer.

He has also attained International heights by running international media trainings for broadcasters, universities and international organizations, especially in story theory, format development, behavior change campaigns, drama, comedy production and writing. He has also written comedy, drama and short stories for broadcast on the BBC and has written books, newspaper articles, and an award-winning film screenplay.

Speaking about Character development in a short film, he said “First you have to create a story, and a story is created by making characters choose between communities; a group of people that share one significant belief or agreed reality. Every good story has one major question that needs answering”.

The speaker succeeded in making the workshop very interactive by giving out tasks for the audience to participate in, creating a character for a story who has both negative and positive personalities and who belong to communities that they have to choose between. He also handed out a Character Bible to the audience, which gave detailed explanations of developing characters in drama, “the character bible grid ensures that we create characters that are living, breathing, contradictory human beings with all our diversity and idiosyncrasies and most importantly, it is a technique that ensures that each character is an authentic, believable human being and changes convincingly”.

The workshop which lasted until 5:20pm came to a close with a vote of thanks from the Chair of the department, Mrs. Bahire Efe Ozad, thanking the speaker for spending quality time teaching the audience all that he knew, and after a photo session, the workshop ended. In the words of one of the attendees, she said “the workshop was really thought provoking and inspiring”.