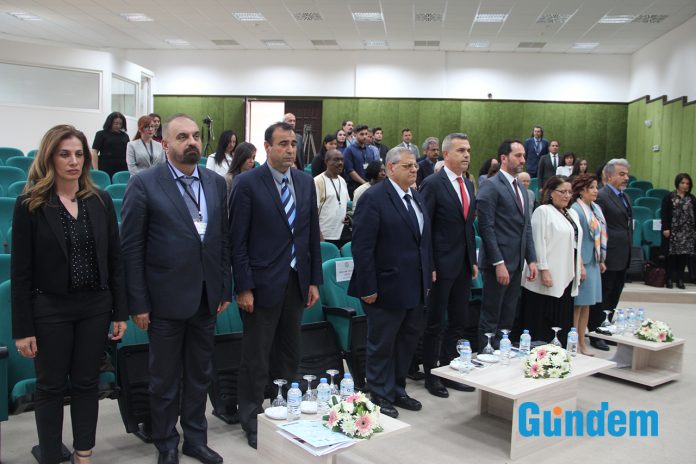 The past two days has seen the biennial International Congress on Cyprus Studies, with this year’s installment marking the Tenth congress of its kind. The event which saw academics and professionals from a variety of fields, started with an opening speech from Eastern Mediterranean University Rector, Prof. Dr. Necdet Osam, who took time to highlight the achievements of the university, while expressing his disappointment that the press do not give space to positive news about EMU.

Over the past two days the Rauf Raif Denktas Cultural Centre has played home to the Tenth International Congress on Cyprus Studies that has been organised biennially since 1999. Discussing all things Cyprus, academics flocked to the cultural centre over the two-day event to share their insights, enriching the minds of the audience on their perspective of the Mediterranean island.

The Congress started off with opening speeches from Prof. Dr. Naciye Doratli, Vice Rector at the Eastern Mediterranean University and President of the EMU Cyprus Studies Centre. Prof. Doratli started her speech by welcoming and thanking all that were in attendance but provided a special thanks to those who will be contributing over the two days. Prof. Doratli remarked on how the interest on this Tenth occasion was just as much as the first ever Cyprus Congress. 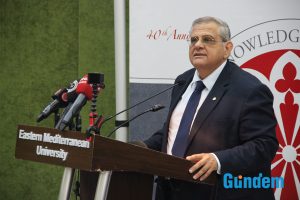 Also addressing the audience within the opening speeches was Eastern Mediterranean University Rector Prof. Dr. Necdet Osam, who reminded the audience that EMU this year is celebrating its 40th anniversary and during its 40 years, has enriched not only the TRNC, but the world. Professor Osam highlighted the fact that despite the TRNC being an unrecognized country, it place as 633rd in the world among 25,000 universities, as well as many other achievements. Professor Osam expressed to the audience that it is the duty of all of the Turkish Cypriots, especially the Turkish Cypriot press, to celebrate EMU with everything it has achieved and to not bring it down, pointing to the vast amount of negativity faced outside of the TRNC borders. He emphasized how important it is for the TRNC press to embrace EMU an its achievements and refrain from publishing negative content about the university, playing a hand at being better together.

Following the opening speeches were keynote speakers CTP party Member of Parliament and president of the TRNC EU compliance committee Armağan Candan and medical surgeon at the Dokuz Eylül University and academician majoring in the branch of Orthopedic and Traumotology, Prof. Dr. Hasan Havıtçıoğlu.

The first day of presentations were closed with a Gala meal given by EMU Rector Prof. Osam at the EMU Beach Club, where on the lips of the diners was good food and the subjects of the event so far.

Over the period of two days, attendees presented on a range of subjects from the history of photography on the island, to traditional beverages within the Cypriot culture, discussion around the representation of the Turkish and Greek Cypriots in the British press were taken to hand, the coverage of environmental problems in the Turkish Cypriot press and a comparative study of the ministry of health Facebook pages of the TRNC and Turkey.

All that attended departed enriched from the multitude of insight received over the two-day event and from the experience of sharing what they know.

Hanife Erisen Represents EMU at a Conference in Lund, Sweden