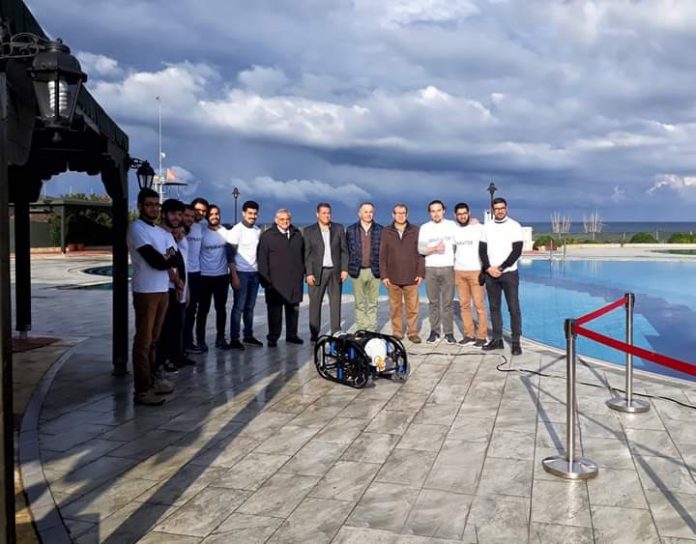 Mossab Hamdi is an international student from Algeria, he studies at the undergraduate level in the Department of Management Engineering at the Eastern Mediterranean University. A well experienced individual, Hamdi has worked with some big companies in Cyprus and even across borders in Algeria. The Aquabotics is the bigget robotics team in EMU producing an autonomous underwater vehicle in EMU, participating in international Competitions. Hamdi is the management subteam leader. 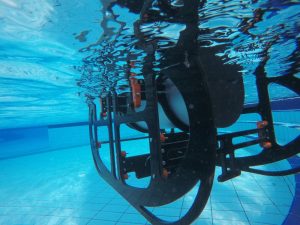 What does robotics mean to you?

Robotics is the future of the world, it is the communication with machines and making life easier for human beings. Robotics involve transferring information from human beings to robots to make everything easier for the people.

What inspired you to become involved with robotics and what drives your passion?

Robotics as I said is the future of the world, robotics is a new thing in which we can create and use our innovation and this is what I want in this life. Being an ordinary person is not what we as human beings and I myself desire, being an innovative and creative person is what most people want in this life and this is why I chose this field to volunteer in. This field is also a good experience for the future. 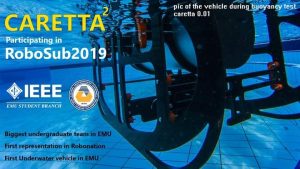 Could you explain the projects you and your robotics team will be working on for the competition and what you hope to achieve during this journey and please mention some challenges the team has encountered?

Our team is made up of various multicultural students, we have some Turkish, Cypriots, Egyptians, Algerian, Syrian and Arabs, we come together and collaborate. Our team is the biggest robotics team at EMU and the team is a historical achievement for EMU because it is the first autonomous underwater vehicle that has ever been produced in EMU and North Cyprus as a whole. For the competition our aim is to be part of the top five at Robosub 2019 in San Diego in the United States. Robosub is the biggest competition for underwater vehicles, various well know universities form all over the world are participating in this competition to win this challenge, this competition is for autonomous underwater vehicles. The autonomous technology is of course harder than the cable technology this is why we took this challenge and hope to come out as one of the top five winners. For the challenges, the major challenge we have faced is not having access to some parts we need to compete the project, majority of the parts cannot be found here in North Cyprus so we have to order from Europe, Turkey and the United States. In an effort to make this challenge a little easier and reduce costs we work with the management and marketing sub team to get some sponsors to purchase such parts that we don’t have easy access to. We have 3 big sponsors and partners that assist us in getting some parts. Turkish Airlines is one of our sponsors, we also work with Shipyard which is one of the biggest shipping companies in the Mediterranean and we work with Bluerobotics, which is a website where robotics parts are sold and we get sponsorship from them. I don’t think we have any other challenges other than some technical issues that arise due to lack of assets and resources to produce such a big project, we try to find some solutions by producing some parts and shapes outside of the country and with help from EMU and other sponsors we are able to bring them into Cyprus.

To be part of the biggest robotics team and to achieve some of the objectives we made when the team was first created is an honor for the team and I. For this project I am part of a good team working equally all together and this has affected my team work skills, my marketing outreach and management skills and my psychology because I feel proud to be part of a team representing the university outside the country and in the biggest robotics competition in the world and we feel this as a team. To be part of this team you have to push more to balance everything, you are now looked at by almost everyone and you have to work even harder than you do normally, to show that you are competent and you will achieve the goal. Teamwork is everything and we all work as a team. Being part of this robotics team falls in line with our future career plans as a team. 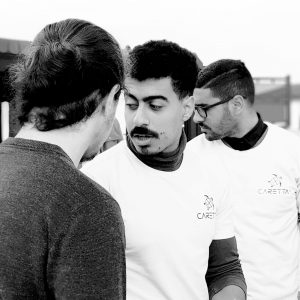 Could you tell us about the smart submarine the team will be working on and explain what this is and what it’s about and also why the team chose to work on this?

The smart autonomous underwater vehicle is a vehicle which performs a lot of jobs underwater, it can perform tasks like welding, data collecting, it can also perform rescue operations and discovery. The smart submarine uses solar system and works by orders already programmed on it. It can be used in maintenance operation, rescue operations, it can also be used for exploring the area and for scientific uses. The submarine has a 360 degrees camera which records/ videotapes everything underwater. It has motors that ensures the balance and movement of the vehicle underwater, it has a gripper as well and can surf more than 50 meters underwater.

Do you have any advice for readers hoping to get involved in robotics?

I advise students that are interested in this field to become involved in robotics, if anyone wants to develop his or her school they need to be a part of such projects to get experience and be involved in real work. It is a volunteer project and it is so helpful for students.

Costume design for  the different centuries workshop was held at the EMU Faculty of Communications...

Tips to Improve Your GPA and Studying This Semester