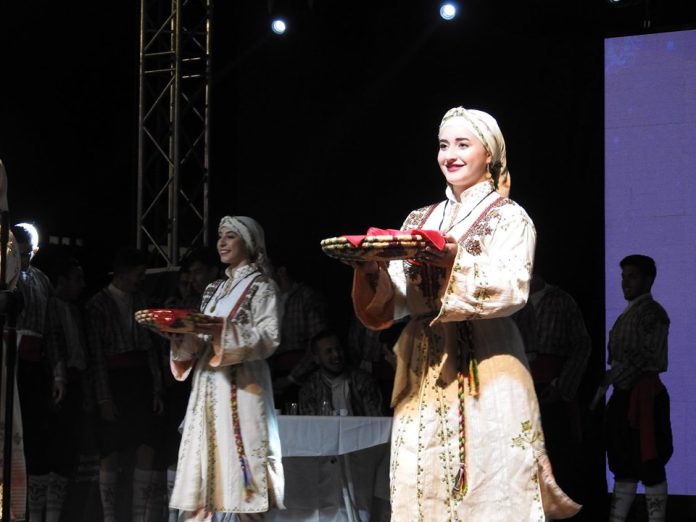 Friday 10th of May 2019 saw the annual International Night entertain the masses, but this time with a difference, it was held in the walled city of Famagusta! This year organised in collaboration with the North Cyprus Ministry of Tourism, International Night that is organised by the Eastern Mediterranean University International Office saw laughter, excitement, performances of many kinds and entertainment in the ancient Namik Kemal Square, walled city of Famagusta.

“International Night is the night to show the world what unity, respect and togetherness is”

International Night, one of the largest organisations at EMU is an event designed to bring together, display and celebrate the different cultures at the melting pot that is EMU. The International Office that deals with any issues, needs and comfort of the 106 different nationalities present within the campus walls, knows only to well the richness the differing cultures bring to EMU. Bringing these cultures together in one celebrative event not only allows students to enjoy their own culture, creating a home away from home sensation, but also enables students to enjoy other cultures, bringing all students under the EMU campus roof together, establishing solidarity, union and appreciation of one anothers cultures and heritage. Event organiser at EMU International Office, Cemre Kavaz told Gundem “International night is the one day and night we can leave everything behind and for once show the world what unity, respect and togetherness is. ‘Everyone Must Unite’ with EMU”.

On the 40th anniversary of EMU’s existence, International night 2019 did not disappoint which saw cultural dances and music from different parts of the world brought together on one stage. The Namik Kemal Square which provided Iftar dinner to 100’s of fasting students, was surrounded with stands selling unique authentic cultural merchandise, stands representing particular departments at EMU to raise awareness, Student Societies displaying what their culture has to offer and food products. As EMU students, local community and tourists enjoyed walking around what the stands had to offer, clowns on stilts entertained the children present eating candy floss, and DJ Milad and DJ Beard played all the latest tunes, filling the square with music. 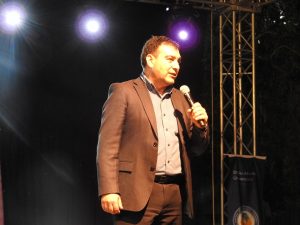 The galore excitement of the evening had the crowds drawn to the stage as the superb entertainment began with Turkish Cypriot Folklore performances. Presenting the evening was Hanife Erisen of the International Office and Kian Sadeghian, student of EMU and a regular performer and singer at EMU and Famagusta. Erisen kicked off the evening welcoming the audience to the show and stating this was her ‘favourite event at EMU’. The performances which started at 8pm featured an abundance of activities such as folk dance, music and traditional attires, beautiful costumes and lots more. These activities were performed by Eastern Mediterranean University’s wonderful and talented students from diverse countries such as, Pakistan, Congo, Cameroon, Turkey, Iran, Palestine and Nigeria. Speaking at the event, EMU Vice Rector Prof. Dr. Cem Tanova wished everyone a good night and exclaimed that the International night is a ‘very important night for EMU’. 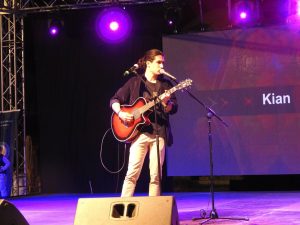 The International office saw their efforts paid off by the turn out and joy experienced by not only their students this year, but tourists and the local community, which made their hard work all the more worth while.