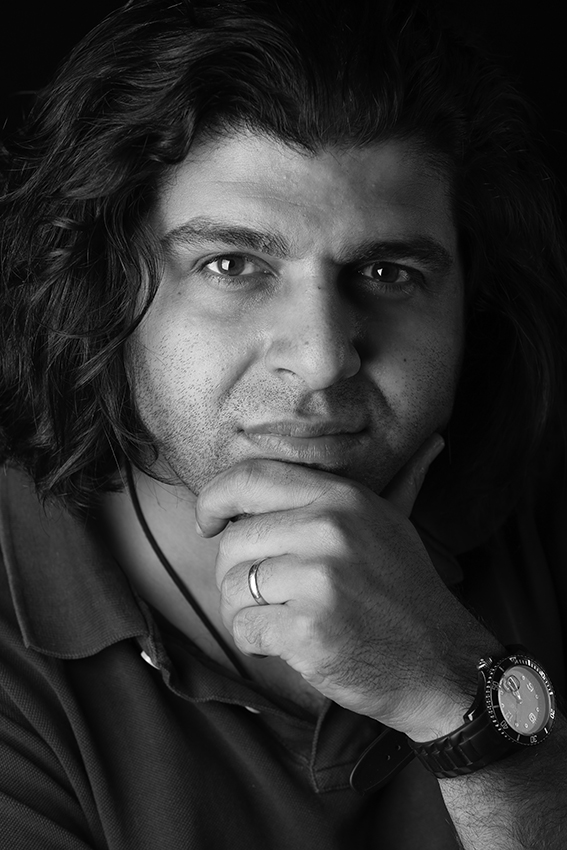 NIMA B. DJAVIDANI is the director and also the writer of the film “Home & The Homeless Man”. Growing up in Tehran, Iran, Nima began his journey as a photographer, where his passion for film-making extended from. His film “Home and The Homeless man” is metaphorically a love story between a homeless man and his home and won an award for make-up and best lighting in a short film in the South Films and Arts Academy, won an award in New York’s Magikal Charm Video and Film Festival in 2019 and received a special mention at the London-X4 Short Film Festival, Spring 2019.

Please tell me a little about yourself

I started photography since I was 17. My first interest was combat photography. My earliest approach to this field of photography was shooting a student protest in Tehran in July 1999. I went there and did my part trying to cover what was really going on as much as I could. After my military services I began doing commercial, advertising and industrial photography. I was doing that for more than a decade, but I have always had a passion for fine art photography. I had organized many exhibitions back in Iran and abroad, like Vienna (2005) and also here at Eastern Mediterranean University in the department of Art and Sciences (2007). I also have some experiences in performing art. Generally I want to see myself more like a renaissance man. I believe that if you want to consider yourself as an artist these days, you have to be able to cope with a lot of aspects and forms of communicating, from writing, to performing even painting. I also do some paintings for myself.

What sparked your passion for film-making and writing?

Well I wasn’t in the film industry. In fact I worked as a professional photographer for nearly 20 years now. I wasn’t really into video making and since I was doing commercial photography, I saw the need in the market for commercial videos as well and that’s how I shifted more into commercial video making. But I never liked doing commercials. So by shifting to video I saw an opportunity to communicate more than I used to with photography. I left Iran thinking of studying film making. So here I am. I have a lot of stories to tell and moving pictures are much more suitable for me.

What inspired you to write Home & The Homeless Man?

At the end of the year 2003, an earthquake shook the city of Bam, in one of the southern provinces of Iran, with a death toll of more than 26,000 and 30,000 casualties. As a photographer, along with one of my colleagues, I traveled to Bam to cover the earthquake aftermath. After reaching there, the terrible pain of those who had lost their homes got to me in a heartbeat. I tried to get back home as soon as I could, as I could not handle the tragedy. Eventually I ended up in an army airplane with a lot of causalities who were sent to other cities of Iran to be hospitalized. I was placed beside an injured girl who had lost a leg. I spoke to her and she began to express her loss and feelings to me. She had lost her home, her loved ones and a leg but could still find it in herself to smile. I could not begin to describe the beauty of her soul and her optimism. During the time in the airplane, I took a photo of an old man which was published and sold later on; and the money was donated to those effected by the disaster. I wanted to do more, since I had some experience in writing, I saw an opportunity to write a story, trying to express what I had witnessed. That is how “Home & The Homeless Man” was initially born. It took 14 days to be written but 15 years to be finalized in a solid form that I was happy with. The first version of the work was a solo street performance that I performed in Vienna in 2005 and in Paris in 2008. Although I did not receive a lot of productive feedback from my audiences, I believed in the work and thanks to my instructors in the TV & Film Department of Eastern Mediterranean University and with the help of my friend Zack Peyman, it stayed alive long enough to be made into a film for a new audience today; and for the memory of the people who initially inspired it.

Would you say that being from Iran and experiencing fist hand violence has reflected in your other works and not just Home & The Homeless Man?

I cannot comment about the fist hand violence but living in the very populated city of Tehran in Iran since I was a young boy gave me the chance to be confronted by the reality of a lot of people struggling with poverty and homelessness in the streets, some mentally broken down and living without shelter. My parents were divorced when I was a child so I’ve always felt a connection between them and myself. This connection always gave me a sense of responsibility towards the issue of having no home. If you see most of my works,they are a bit harsh. I feel like there is a lot of tension in them. In my first exhibition that I prepared in 2003 at Golestan Gallery in Tehran, I went to the deserted areas and took a lot of pictures from the garbage and the rubbish. I felt some kind of a purity in those places which I cannot find anywhere decent. At least the garbage will never be ruined cause it already is. I take photos of dead animals, harsh scenery’s and so on because I think maybe by showing it in a beautiful way, it brings a contradiction that questions what is good and what is bad, what is beautiful and what is not. Since we perceive individually I want to challenge the values in this way.

Did your experience as a photographer help in pushing you in the direction to create a film?

Yes of course. Because composition has the main role in every frame. As a photographer by only looking at a scenery, I see different compositions naturally. The writings that I do for myself, poems in my journals, they also help me to find a story. With those two together, I believe I am capable of creating a visual story.

What message do you hope to pass across through your films and writings and photographs?

I believe that our understanding and perception comes from our only individual experiences and we perceive them with the state of mentality that we are in at the moment of experiencing it. So there is no definite values and we experience life personally. Everything depends on something. I want to create an art as much personal as it can be to share my experiences, my values and my points of views, so to communicate in a more interesting way, maybe a more sincere language. It is all to communicate.

How was the experience getting some recognition for your film and winning awards for it?

For sure it gives me a lot of motivation. My film “Home and The Homeless Man” is particularly abstract and everyone understands and recognizes it by their own perspectives. People that have seen the film come to me with questions, requesting to know why certain things are there. But my aim isn’t to answer those question marks. Submitting it to the festivals gave me very interesting feedback because of the far-reaching viewers. My viewers were not limited by my circle of friends only and it is a good thing.

Where would you say you see yourself in the next 20 years in the industry of film making?

I prefer to see myself in the same place that I am right now, so that the getting old part doesn’t change me, so that I don’t have to bind my visions and ambitions to fly hard. 20 years from now I will be 60 and I don’t want to be the type of man who is limited. I think I am the same man as 20 years ago, so I prefer to stay the same for the next 20 years.

What would your advice be to students who are trying to make a name for themselves in the film industry but are not getting the attention they desire?

I do not see myself much of a wisdom guy to give words of wisdom to the others, but I can just say one thing. Do not obligate yourself to other’s perspectives. See with your own eyes, from your own perceptions and act upon it. I think this works in every branch.