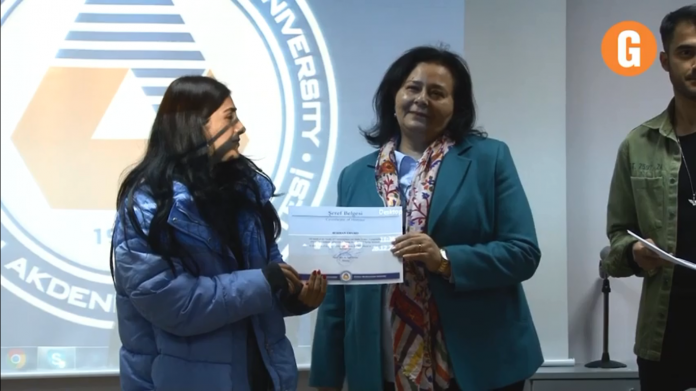 As a means of rewarding excellent performance among students, the Cinema and TV Department at Eastern Mediterranean University has a tradition of honoring students who standout amongst the crowd in their previous academic semester. The star-student at this year’s certificate and honors ceremony was Nima B. Djavidan, maker of the award-winning film, “Home and The Homeless Man”. 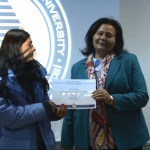 Speaking at the event opening, the Chair of Cinema and TV Department, Prof. Dr. Bahire Özad, explained that the ceremony aims to encourage excellence among students especially in the aspect of film making. “For the first time, we are going to show two award-winning films, one in English and the other in Turkish, and this is to encourage students to shoot good films and to be rewarded for their efforts,” the Professor added. 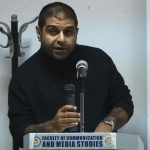 While addressing the crowd, the award-winning filmmaker, Nima Djavidan explained that he began his journey as a photographer growing up in Tehran, Iran, where his passion for film-making extended from. “Home and The Homeless man” is metaphorically a love story between a homeless man and his home, which won an award for make-up and best lighting in a short film in the South Films and Arts Academy, won an award in the New York’s Magikal Charm Video and Film Festival in 2019 and received a special mention at the London-X4 Short Film Festival, Spring 2019. “It took 15 days to be written, but 15 years to be finalized in a solid form that I was happy with.” Nima added that “the first version of the work was a solo street performance that I performed in Vienna in 2005 and in Paris in 2008. Although I did not receive a lot of productive feedback from my audiences, I believed in the work and thanks to my instructors in the Cinema & TV Department and with the help of my friend Zack Peyman, it stayed alive long enough to be made into a film for a new audience today; and for the memory of the people who initially inspired it.” 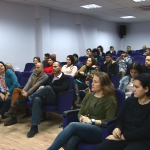 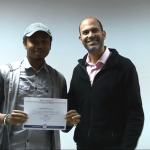 The event, held at the Faculty of Communication’s Purple Hall, had in attendance, Assoc. Prof. Dr. Metin Ersoy, Assoc. Prof. Dr. Moshoed Bailie, Assist. Prof. Dr. Nilüfer Türksoy, and other faculty members who presented certificates and rejoiced with the awardees.

WATCH HIGHLIGHTS FROM THE CEREMONY IN VIDEO:

READ MORE ABOUT NIMA’s journey in film-making and his motivations to write the award-winning “Home and the Homeless Man” from the below link: