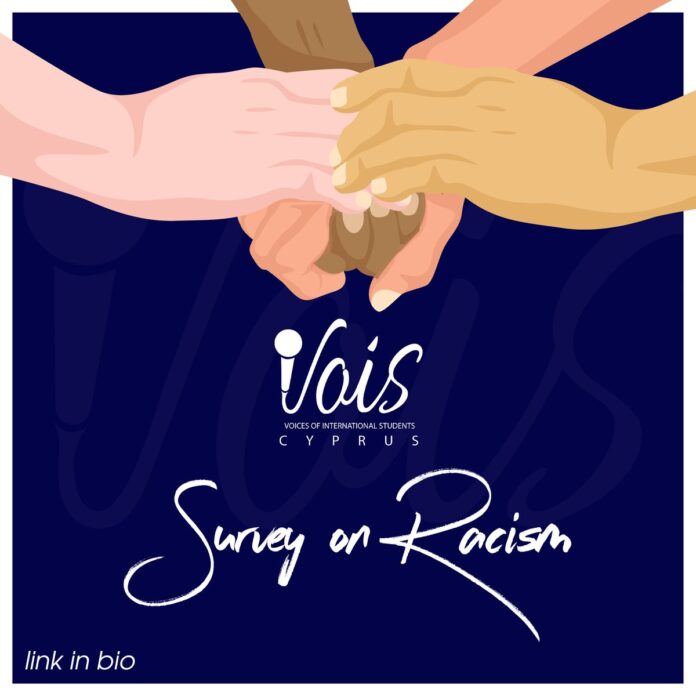 The Voice of International Students in Cyprus (VOIS) has created awareness about the Racism campaign in Turkish Republic of Northern Cyprus (TRNC) against the International students.

On March 25, they launched Anti-Racism week, which was posted on their social media page says, we will fight against racism and discrimination by teaching respect and tolerance, by sharing the common history of all humanity including its most tragic chapters because human right extends to everyone, and we must work constantly to let everyone know that they have an obligation to works towards eliminating racism.

According to the head of institutional discrimination committee, Maghazi Ahmed Elubair,  a survey has been conducted by VOIS Cyprus in June 2020 titled Evaluating Racism in the TRNC.

The survey was conducted in response to the apparent need to highlight the existence of racism/racial discrimination in the northern part of Cyprus.

The survey was completed by 524 respondents and consisted of five multiple choice questions and two open ended question in which respondents were asked to suggest possible solutions to racism and recent to their personal experiences.

The questions to the survey are:

88% Victims According to Research

The respondent of the survey shows 88% had been victims, 7% and 40% indicated that it has occurred on campus and off campus respectively, the majority 53% said they had experienced racism both on campus on and off campus. In term of those responsible, responses were quite varied and included house owner (33.4%), restaurant/cafe/bar (35.2%), leisure places (26.6%), police officers (19.1%) and random strangers (57.3%), 81% agreed that racism was a serious problem in the northern part of Cyprus and majority scaled 75% rated it between 6-10 with only 10% rating it an average 5 out of 10.
The result of the survey provide evidence that racial discrimination is fact prevalent in the northern part of Cyprus, more so it appears not to be restricted to any on group of individuals or even outside the presumably safe university environment.

They have created a campaign on the issued which took to their social media account to discussed about who is responsible? Racism is a disease, and ignorance cannot cure it.

Photos from Human Rights; Yours and Mine Youthopia Seminar at Faculty of Communication and Media...