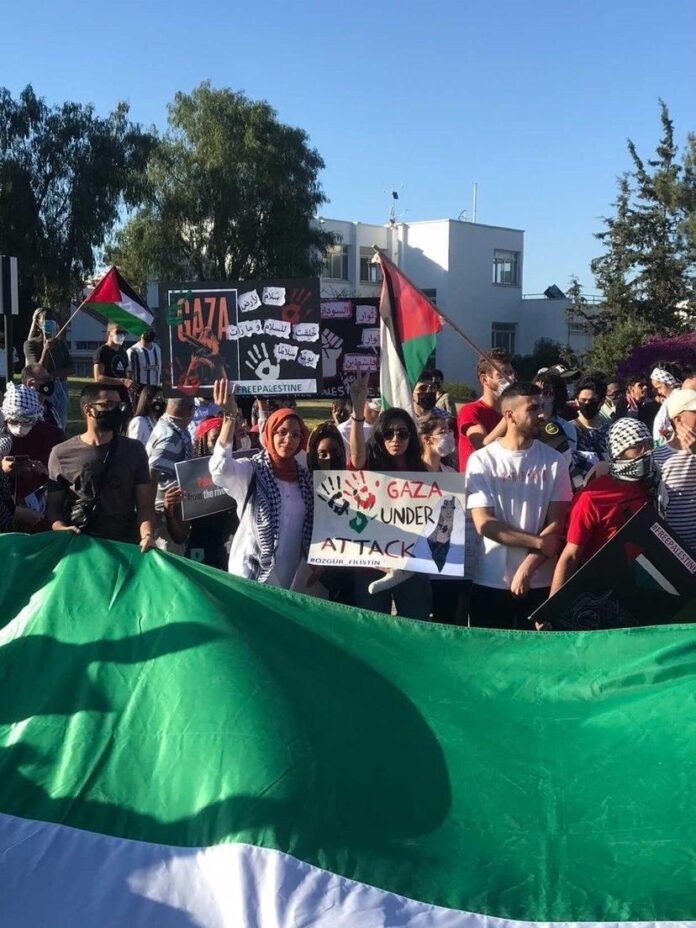 On 13th May EMU students stood together in solidarity with Palestine and its people, which was attended by EMU Vice-Rector for Social and Cultural Affairs, Assoc. Prof. Dr. Iscioglu.

Students of different nationalities gathered on 13th May at the EMU CL Square, participating in a protest in a display of their solidarity with Palestinians, and in demonstration of what they define as Israel’s acts of terrorism. Vice-Rector of Social and Cultural Affairs, Assoc. Prof. Dr. Deniz Iscioglu, who was also at the protest stated, “As the EMU Rector’s Office, we deeply share the pain of our Palestinian students. We wish God’s mercy to those who lost their lives in the attacks, and urgent recovery to those who were injured.”

Deaths of the innocent

Currently, still in full effect, Israel is both standing by and assisting in Zionist Israeli settlers stealing Palestinian homes in Sheikh Jarrah, which is a neighborhood in occupied East Jerusalem. More than 500 Palestinian families are threatened with forced displacements. An ongoing conflict since 1972 in this area, currently in Gaza the attacks are more extreme, with the loss of many innocent lives, including children. Unfolding over the last week we have seen the bombings of buildings that more than 50 families called home, killing many innocent lives. While Israel has claimed they are targeting Hamas leaders, with the confirmed deaths of said leaders, in only 3 days four buildings were demolished.

Adding to this, one of Gaza’s most populated and important locations was also bombed, with many of Gaza’s streets destroyed, making it difficult for ambulances to provide aid. With history repeating itself and Gaza experiencing 3 wars in the past, this time it has been seen that the damages and losses have worsened. According to the Palestinian Ministry of Health, the death toll in Gaza has reached 119 of which 31 are children, and 19 are women, in just 3 days. Moreover, during protests in Lod, Palestine, a city of which only a third of its population are of Arab descent, Arab residents were shot dead, with many injured severely, during peaceful protests.

With this current humanitarian disaster showing face across Palestine, it has proved difficult for the media to accurately report and cover all the developments. Adding to this, while many journalists have been injured, several press institutions and international media headquarters like Al Jazeera have been bombed.

“EMU has been a safe place for me”

Leyan Bayaa, a Palestinian EMU student stated that she is proud to be part of EMU and its community that has stood beside Palestine and Palestinians, and went on to say, “As a Palestinian student of EMU living in the West Bank, the protest in EMU was only reassurance of how much of a safe space EMU has been for me and so many Palestinian students. It feels relieving and empowering to know that our university stands for our rights in our homeland. EMU is truly our home away from home.” 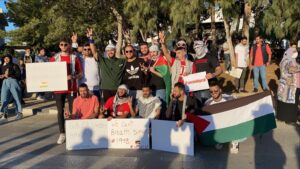 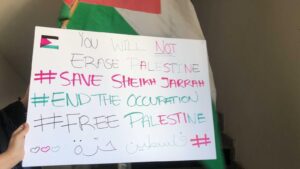 Racism Against Students In TRNC

May 2, 2020
In an exclusive interview with Gündem, the EMU chapter President of Nigerian Students Society (NSS), Mr. Ibrahim Muhammad Sagir advised Nigerians and the entire...

COVID-19: Highlights from the TRNC II