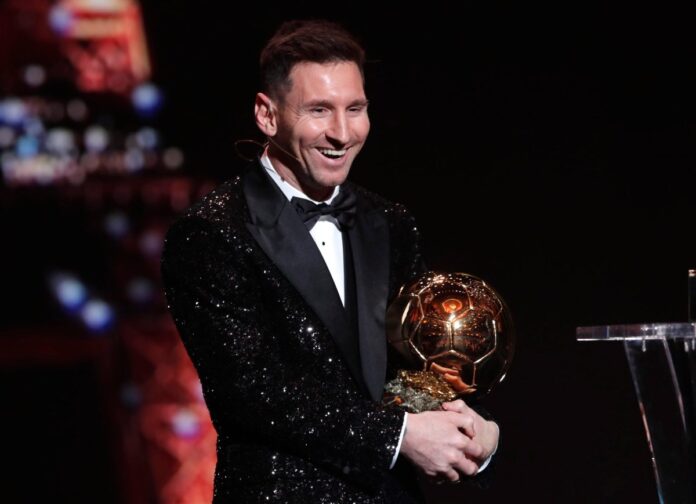 The Argentine player bags another win at one of the most prestigious football awards, crossing his arch-rival record by one award, maybe finally settling himself at the “GOAT”. The PSG FC player, while getting a little further from his prime, clearly still outshines all the competitors.

The 2nd place winner, Robert Lewandowski, who was an expectant winner last year, scored 38 goals in his 30 games for Bayern 2021. Whereas, Jorhingo finished 3rd after helping Italy to eminence and lifting the trophy for Chelsea in May.

While some spectators are wondering why Messi was the real winner this year, most hearts blead out in his support; He earned his spot at an international trophy by winning Copa America for Argentina, then going on to share the golden boot with fellow club-mate Neymar Jr. For lodging 4 goals and 5 assists. Moreover, in his final La Liga season with Barcelona, he finished with a high score of 30 goals.