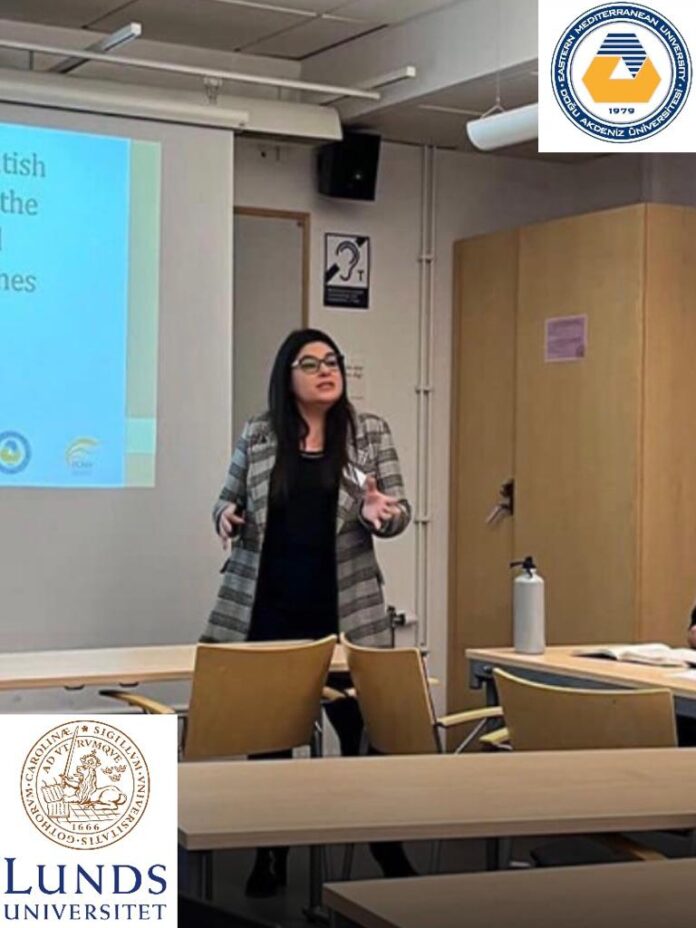 PhD candidate Hanife Erisen represents the Eastern Mediterranean University, Faculty of Communication and Media Studies, at the Media Breakdown and Recovery Symposium in the city of Lund, Sweden, on the 16th March. The Symposium, which was organized by world 116th university according to the Times Higher Education World University Rankings, Lund University, was participated by academicians from across Europe, including Glasgow, Inholland, Exeter, Leiceister Versailles and Charles Universities.

Hanife Erisen is a PhD candidate at the Faculty of Communication and Media Studies, who previously

graduated in 2004, from the Radio, Television and Films Department, at the Faculty of Communication and Media Studies at EMU. Returning back to complete her education some 15 years later after working in the London advertising industry, Hanife has identified her passion for journalism and the power relations interlaced within language, and has continued her studies in this area.

Travelling to Sweden to attend the Symposium on the 16th of March, at the city of Lund in Sweden, for a conference called “Media Breakdown and Recovery International Symposium,” Hanife presented her research there, which analyzed the power relations interlaced within the news language within British broadsheet newspapers, in relation to the Cyprus problem.

She described her trip as “Fruitful and an amazing experience, especially to represent the university and our faculty”.

PhD (c) Hanife Erisen admitted that it was a great opportunity for her to represent EMU, especially with the prestigious academicians attending, as she made great connections with professors there and hopes that these connections will prove fruitful for the university and the faculty. She was also pleased that the presentation went so well, receiving much positive feedback and questions, as this is first impressions for a majority of the academics that were there and did not know about our university, and so it proved to be good first impressions.

Fiena Keme, a new media and journalism student in EMU, conducted an interview with the PhD research assistant Hanife Erisen, to learn more about her and the conference she attended in Sweden. Attached below is the link for the full interview: