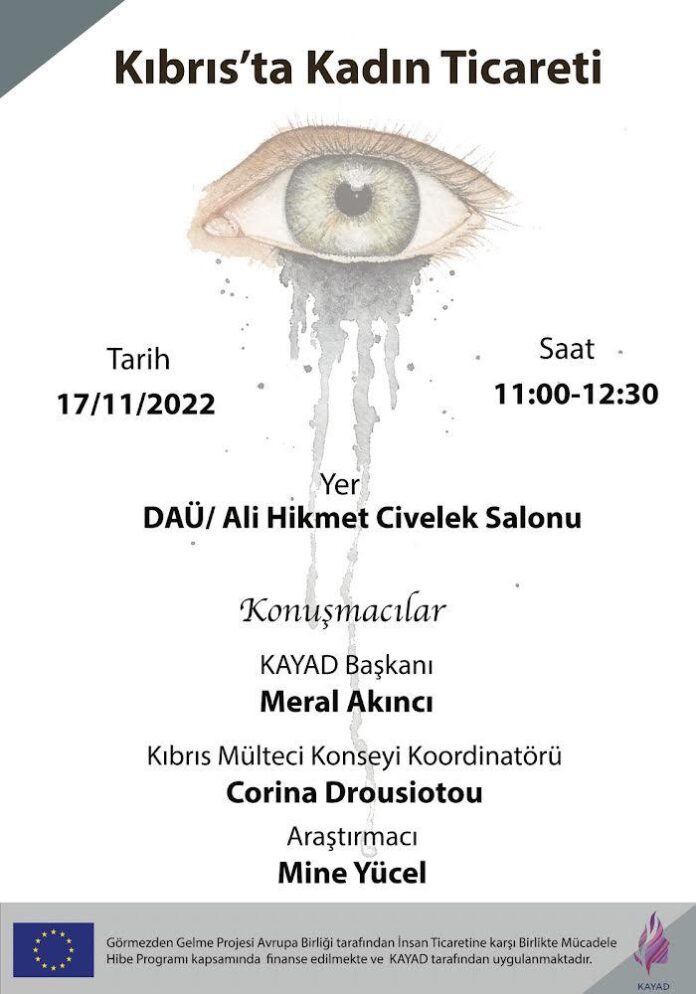 Noticing and being aware of human trafficking and violence towards women is the responsibility of each and every individual. Many are not aware of the existence of such atrocities in the countries they reside in, how to look out for the signs of such victims and their families, and what they can do to help. Working to eliminate the lack of awareness and assist in changing the laws and the victims in this area are KAYAD (Kadından Yaşama Destek Derneği – Association of Women to Support Living), who provided a seminar at the Eastern Mediterranean University, Faculty of Education, Ali Hikmet Civelek Conference Hall on Thursday 17th November 2022, in relation to the trafficking of women.

Akıncı: The Developments are Insufficient

As part of their ‘Don’t Ignore,’ project, which has seen a series of informative and awareness raising events, KAYAD provided an awareness seminar, including speeches from the KAYAD President Meral Akıncı, Coordinator for the Cyprus Refugee Counci, Corina Drousiotou, and KAYAD Researcher Mine Yücel. Beginning the speeches was KAYAD President, Meral Akıncı, who informed that the current mechanisms and support systems in the TRNC are insufficient, and that this is an area that KAYAD strive for, especially in relation to the elimination of violence against women. Akıncı informed that while there have been developments in this area, they are still insufficient. 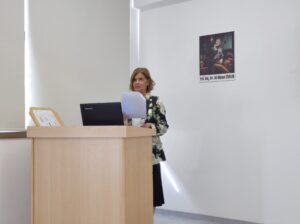 The “Don’t Ignore’ project, which began in 2019 and has been ongoing, aims to bring social awareness to modern slavery, with Akıncı concluding her speech stating, “It is possible to have zero tolerance to human trafficking”.

Corina Drousiotou, Legal adviser and Solicitor for Asylum Issues at the Cyprus Refugee Council, which is an NGO, stated that they work to provide a holistic advice and information service, specialising in psychological support. During her speech, Drousiotou informed of what they do to assist in such cases, and that while the Republic of Cyprus has an obligation to do so under EU regulations, they still have far to go.

Concluding the speeches was KAYAD researcher Mine Yücel, who provided information in relation to human trafficking in the TRNC, how it is played out, and how it is enabled. During her speech, Yücel interacted with the audience, made up mostly of future educators, raising awareness in relation to how they might spot a child of a trafficked individual.

For more information on the great work done by KAYAD and how you can get involved, please follow the link https://kayad.org/en/.